The Ultimate Guide To Barrel Mould

According to the barrel mould design, we design the cooling system in the core, slider, scraper and cavity In order to get better cooling. For the core of barrel mould, the cooling channel should be designed at 15mm below the molding surface, and the diameter of cooling channel should be greater than 12mm, so as to make the water flow smoothly in the channel and take away the heat in the core. If the cooling water flows unevenly in the core and cavity of the barrel mould, the flow difference of molten plastics will be caused. The hotter the area is, the greater the fluidity will be, and the colder the area will be, the thicker the barrel wall will be. Normally, different temperatures will result in a tolerance of at least 0.05mm.

In addition to the mould of the barrel body, we also provide mould for the lid and handle. Jnmould is a leader in the field of plastic injection mold, and is very good at the production and manufacturing of barrel mold. If you have the demand of this kind of mold, you are welcome to consult. 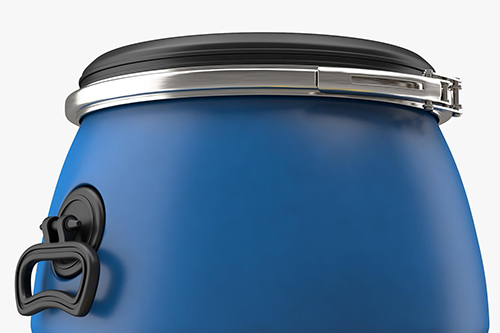