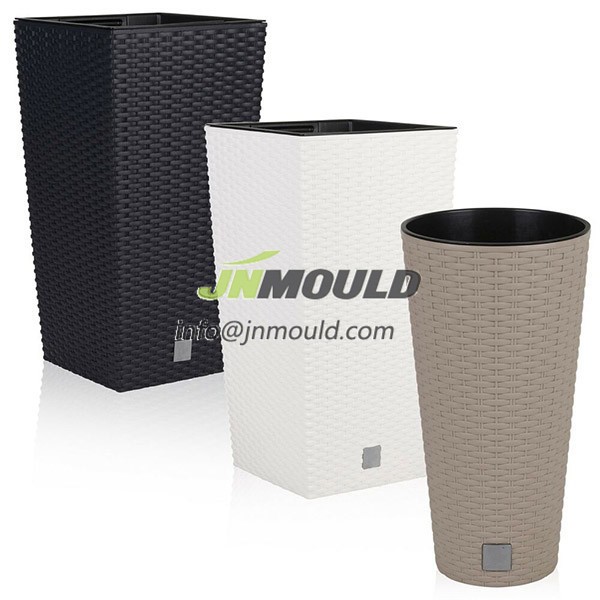 Jnmould is a China plastic injection flower pot mould supplier, provide customization flower pot mould service. Injection moulding is a manufacturing process in which the resin in the barrel is heated to a molten state and then injected into a flower pot mould to moulding a mould-shaped flower pot. It starts with plastic granulate and is fed into the injection moulding machine through a funnel-shaped hopper, where the plastic is melted and compressed. The molten plastic enters the mould cavity through the gate and runner system. The injection pots are then kept at the set temperature, so the plastic pots can be formed almost after filling is complete. After that, the flower pot mould is opened and the ejector pins pushed the flower pot out of the mould. Then, the mould is closed again for the next production. 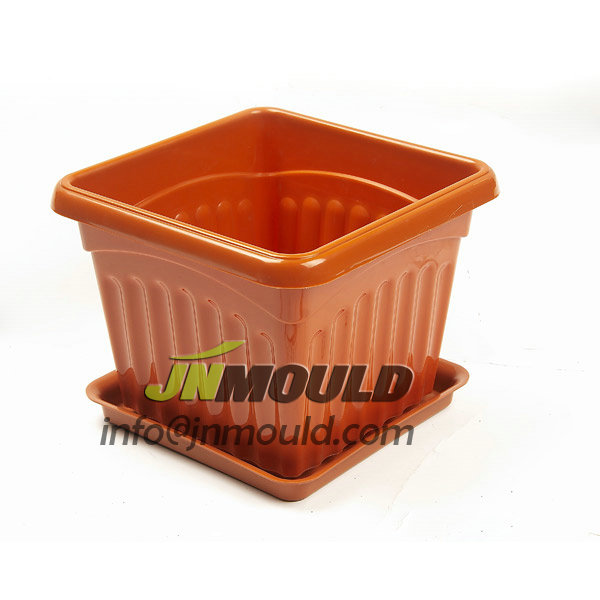 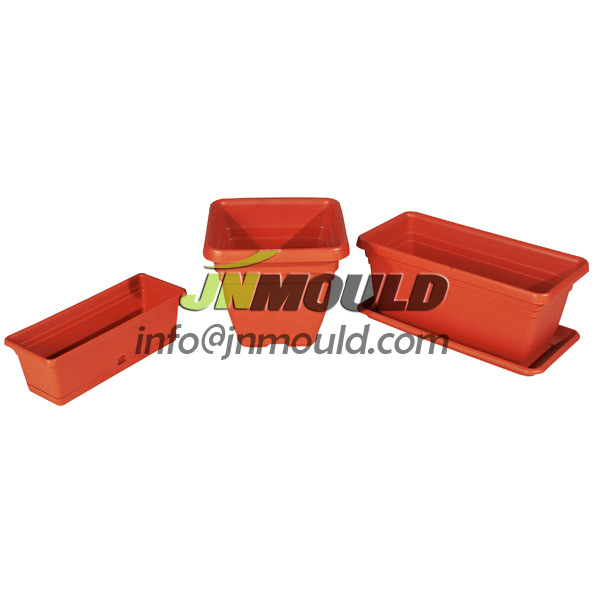 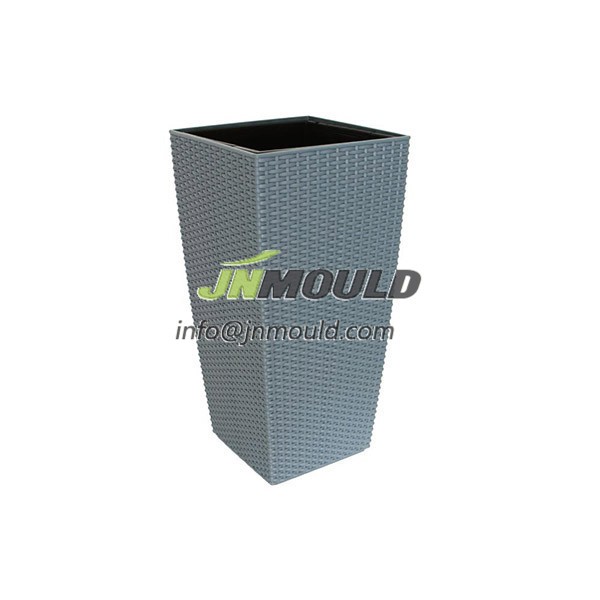 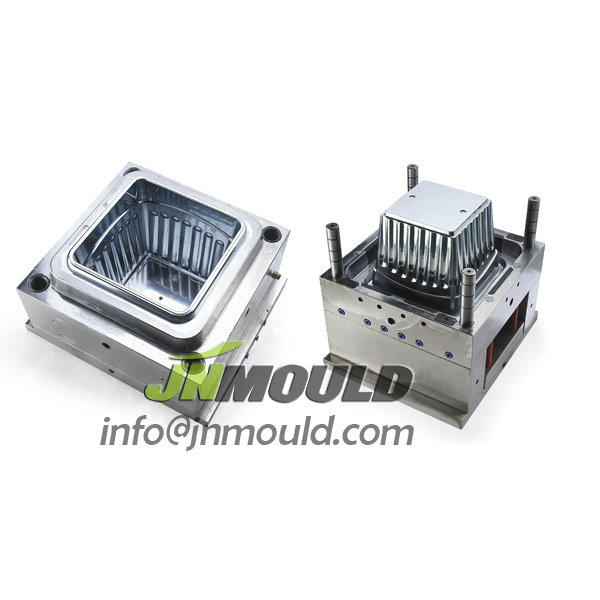 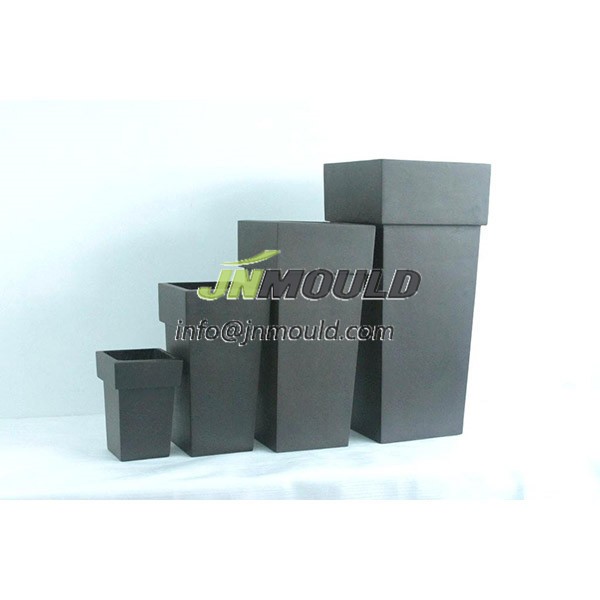 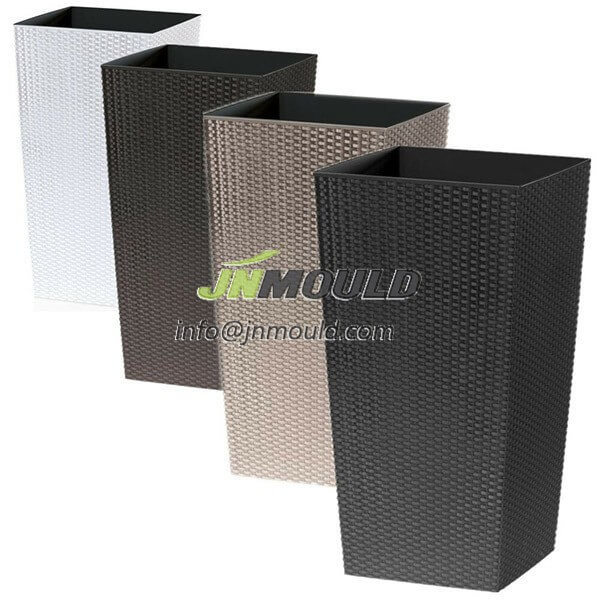